‘Time for change’ is group of artworks that brings the forms and patterns of nature back into the built environment. The artworks are questioning how we are dealing with are environment and climate change through the forms of sculpture, text and poetry.

One sculpture is based around the sea and the other around trees, water patterns that are created in the sand on the seabed and the bark of an oak tree. These patterns have been cast and sculpted out of clay and then a scion mould made and then cast into clear Eco resin panels, these have then been set within a steel cube, which is set at an angle as if it has dropped from the sky into the ground.

The patterns are lit with LED lighting from within changing softly thought different colour hues hitting the clear water and bark patterns, you can touch and feel the forms of the water and bark patterns on three sides. On the other three cubed faces are laser cut text out of black acrylic which relate to the sea and trees, this text is also lit from within side with led lighting. These sculptures work well in daylight hours as natural light penetrates the resin and the text can also be seen. At night the LED light takes over and transforms the artworks at night.

The Idea is to get people thinking about how we are affecting the environment but also to create a fun a beautiful light based artwork that people can interact with.  This artwork is to raise awareness of the impact of climate change and the sea levels rising and the demolishing of are woodlands, it is also an artwork to show case the beauty of water and the bark patterns of trees. 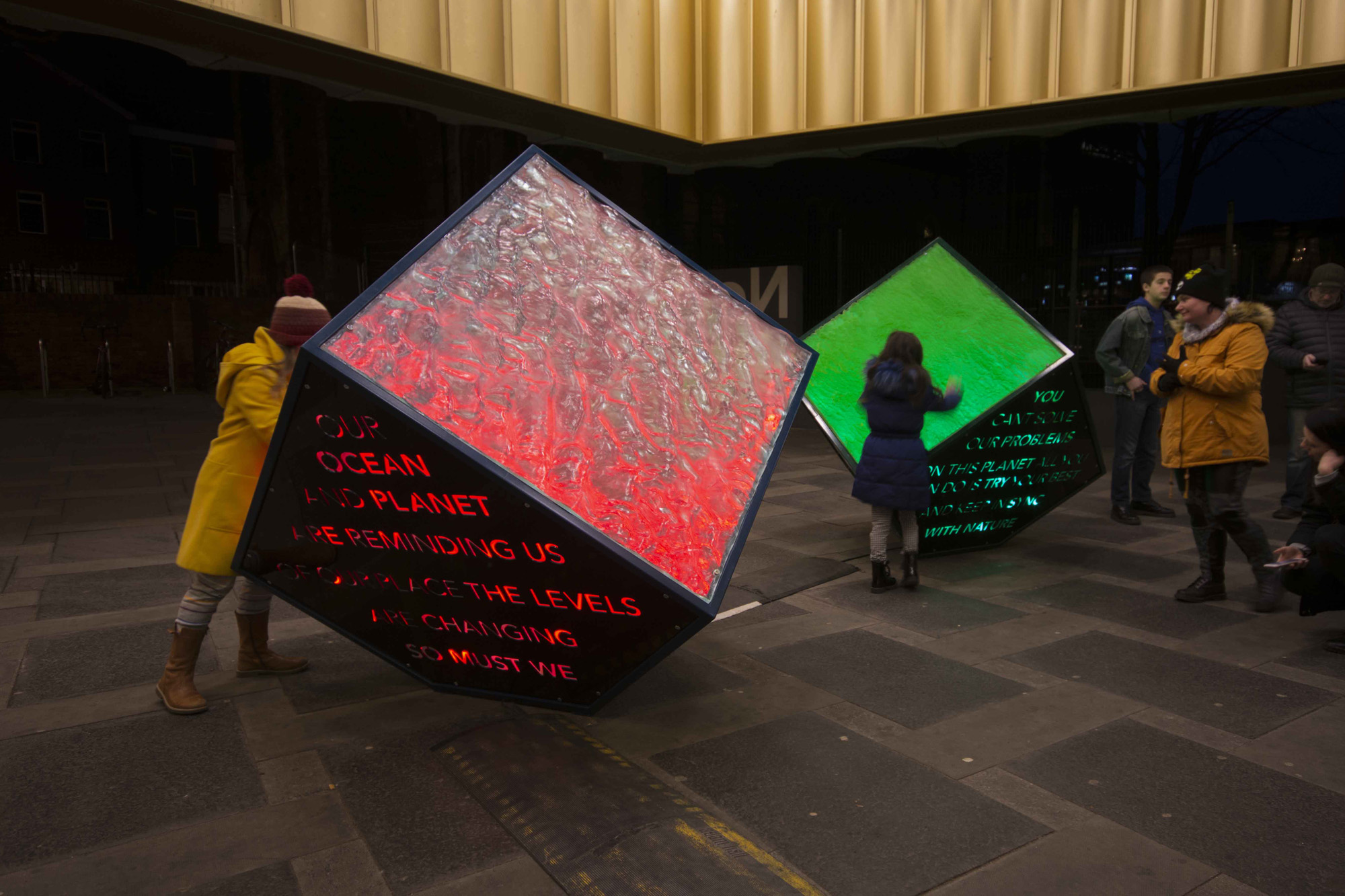 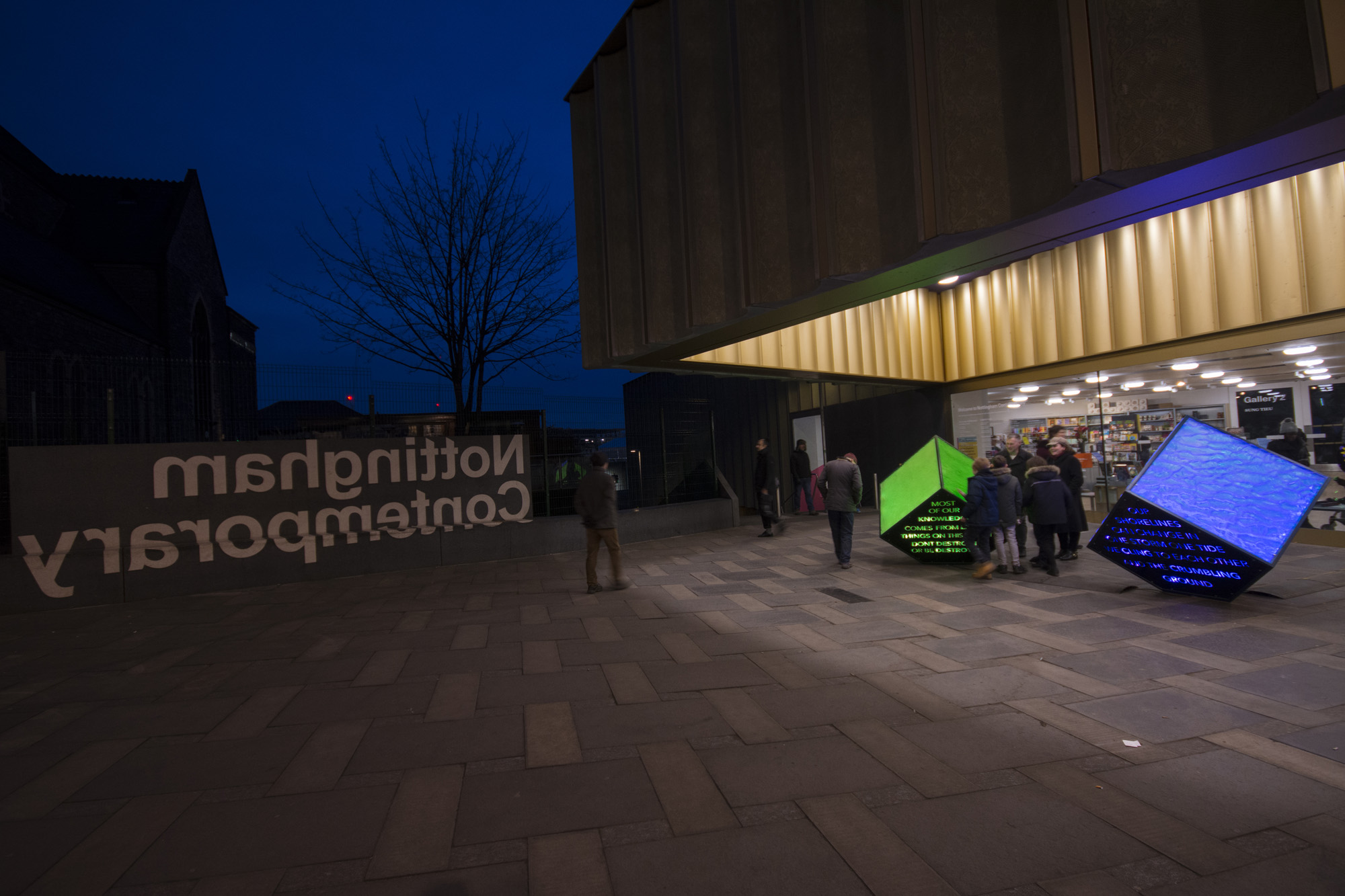 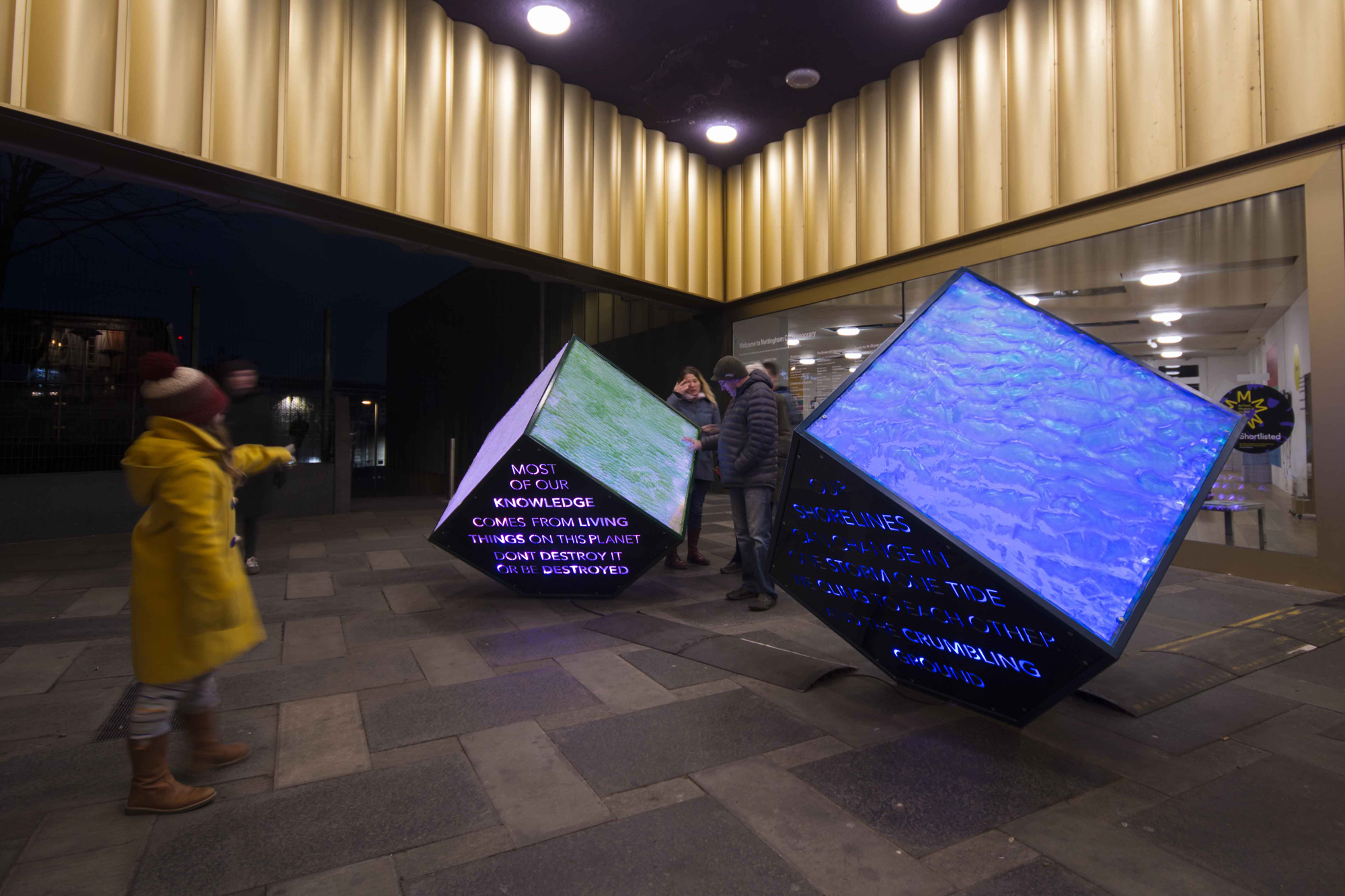